But underneath all that, beneath the Greenbrier Valley, waits a lost world as fantastic as anything out of Hollywood. Caverns a thousand feet across and twelve stories high, filled with ancient, glittering columns and formations that would dwarf a midtown building in Manhattan. Endless miles of caves that overflow with history, where you can still see how and where the Confederate Army made the bulk of its gunpowder during the Civil War. A secret Cold War bunker with a 25-ton door built to withstand a nuclear explosion. And a salt spa carved from a mountainside where you can relax, rejuvenate and heal. 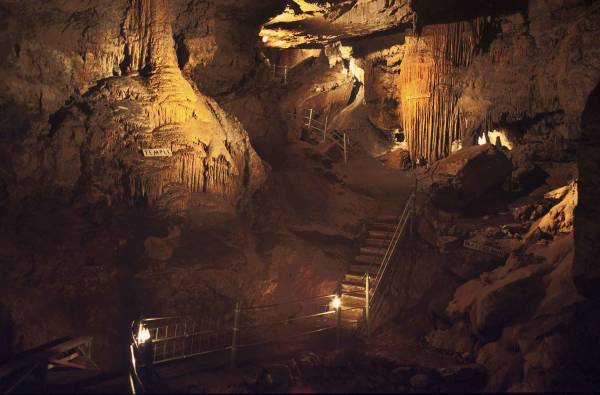 All these treasures lie beneath the peaceful hills of West Virginia, waiting for your exploration and discovery. If it sounds fantastic, that’s because it is. As one visitor to Organ Cave remarked, “I’ve been all over the world and seen and done a lot of things. The only experience that ever topped this one is hiking to the bottom of the Grand Canyon with my son.”

Named for the massive formations in “The Throne Room,” which suggests a giant pipe organ made over several millennia by mineral deposits from dripping water, Organ Cave is a National Natural Landmark for good reason.

This breathtakingly beautiful, Indiana Jones-type cave is bursting with sights and history that will make your jaw drop. A gypsum room that’s like crawling through a giant geode. A 90-foot underground waterfall. Ancient writings. Fossils. Crystals. Rock formations. This cave has over 45 miles of mapped passageways, with 200 passages yet to be explored. It’s a living museum, big enough that 1,100 Confederate soldiers spent 3 winters within its walls.

With several tours from which to choose, from easy to physically challenging, from 1 hour to “The Undernighter,” (where you’re asked to bring a sleeping bag) for anyone from the casual tourist to the serious caver, you’ll see gypsum flowers, three-toed sloth fossils and equipment left behind by General Lee’s underground ammunition factory, which supplied 75% of the gunpowder used by the Rebels in the Civil War.  (Please note, the cave is currently closed for renovations and will reopen later in 2021.)

The biggest thing you’ll walk away with? A sense of mystery that can’t be put in words. An ancient feeling of wonder at this different world, untouched, that no one has ever seen in its entirety.

The enormous gift shop, rock shop and museum at Lost World Caverns boasts the cast of a T-Rex skull and a Triceratops head so seemingly authentic the Smithsonian borrowed it to make its model in DC.

55 steps down from there, you walk into a cavern like nothing else you’ve ever seen on Earth. 1,000 feet long by 300 feet wide, it stands 12 stories tall at the center, with 80-foot plus, beautifully shaped and actively growing columns and formations along both sides.

Want to tour it on your own? No problem. The self-guided tour lets you choose your time frame. At a good clip it’s 45 minutes, but some people bring a camera and a tripod and spend hours. There’s also miles of tunnels if you want a guided tour (anywhere from 45 minutes to four hours — you choose) and serious cavers and one-time tourists alike can spend all day, with lunch included, and a free CD of photos to take home with you. 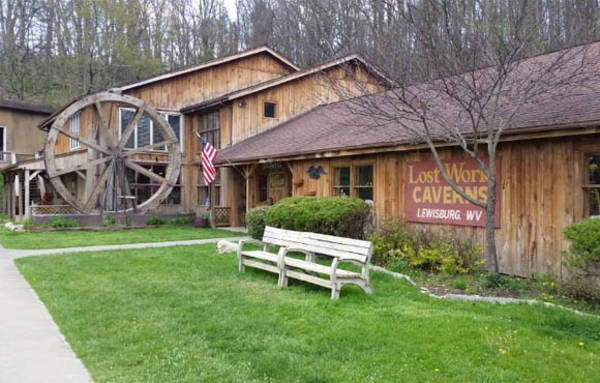 If you’ve seen any of the recent disaster movies from alien invasions to natural calamities, you’re familiar with the idea of securing our government by moving it underground. A short helicopter ride from DC, The Greenbrier resort houses one of America’s most closely guarded Cold War secrets — a vast underground bunker built to harbor 1,100 people, complete with 18 dorms, a power plant, communications area, a clinic, lab, pharmacy, cafeteria and meeting rooms. 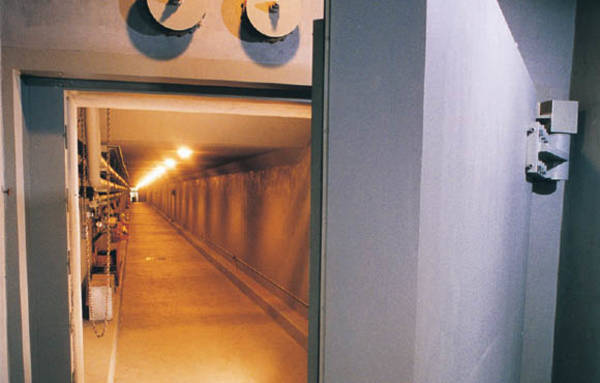 Kept secret for more than 30 years, this bunker, with a 25-ton safe-like door that swings open under only 50 pounds of pressure, was exposed in ’92 by an article in the Washington Post. Now, decommissioned and declassified, it can be accessed via hidden doors for tours into its secret-agent era past.

Step inside and learn about the government agents who maintained it, posing as a team of audio/visual employees for the hotel and resort. Experience the contrast between The Greenbrier’s manicured grounds and vibrant colors, southern hospitality and luxury to the austere and chilling secret it once kept hidden.

For a shared experience, the refurbished bunker meeting rooms are now available for events. Call ahead for reservations with the Greenbrier Bunker office at 833-903-1863.

THE SALT CAVE AND SPA

Need a way to unwind at the end of a West Virginia underground adventure? This manmade cave and spa can help you “harvest beauty through the seed of health.” Come inside, embrace the wisdom of the past, unkink, detoxify, relax and be pampered.

The Salt Cave and Spa in Greenbrier County is composed of two main underground domes connected by a passage. A warm glow and scents of lavender welcome you into this peaceful work of art, complete with manmade stalactites and twinkling fiber optics.

“ Harvesting beauty through the seed of health. ”

The large dome is home to therapy rooms for massages, facials, reflexology and other treatments. The small dome, lined with 16,000 pounds of healing pink Himalayan salt, provides the perfect halotherapy (salt therapy) environment — a treatment known to alternative medicine for millennia to provide relief for a host of ailments or a boost to those who are already healthy. The negative ions from halotherapy deliver all the benefit of three days at the seaside into one 45-minute session.

A lost world in the Greenbrier Valley beckons. Reconnect with the ancient, hidden, wondrous and even healing kingdoms waiting like a buried treasure beneath the Greenbrier Valley. It’s an adventure so unique, so unforgettable, you’ll return to the surface with an entirely new point of view.