Zona Heaster Shue – a pretty young bride, married to a handsome man, her whole life before her – dead from heart failure or maybe complications from a miscarriage. 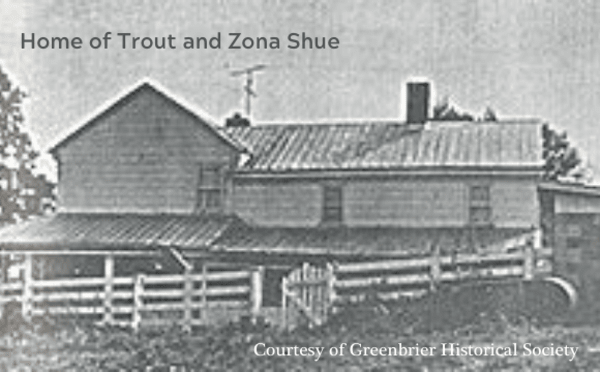 Or was it murder? Zona’s heartbroken mother insisted her daughter had been killed by that good-looking husband.

And so begins the 19th-century saga of the Greenbrier Ghost, an unlikely but true tale that continues to captivate both residents and visitors.

Zona’s mother, Mary J. Heaster, was against the match between her only daughter and Erasmus Stribbling Trout Shue from the start. She may not have known that he already had a criminal record and had served two years at the state penitentiary for stealing a horse.

Zona’s mother also may not have known that he had been unhappily married twice before. The first wife divorced him after he abandoned her and their child. The second died when he claimed to have accidentally dropped a brick on her head while he was making repairs on the roof of their home in Pocahontas County. What is known for sure is that when Mary Heaster met Trout Shue, who was calling himself Edward at the time, she didn’t like him. 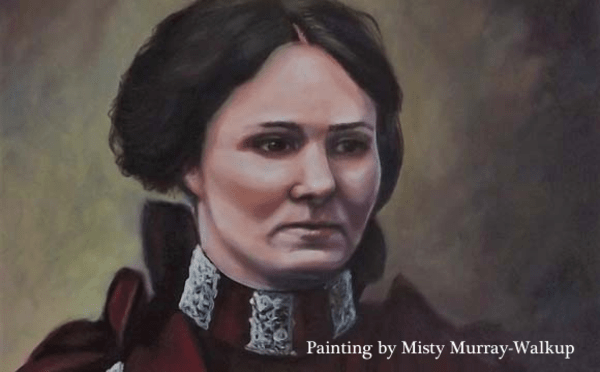 So Zona eloped, wearing the same high-collared burgundy-colored dress that her husband would dress her in after her death.

On the morning of her death in 1897, according to The Monroe Watchman, Shue left his blacksmith shop and went to a nearby house, asking the son to see if Mrs. Shue wanted to send to the store for anything. The boy found her lying on the floor, dead.

Later, the Greenbrier Independent would report from Trout Shue’s trial for murder that after Dr. Knapp was unable to resuscitate Zona, Shue requested the doctor “to make no further examination of the body; that he assisted in dressing the body and in doing so put around the neck a high collar and a large veil several times folded and tied in a large bow under the chin; that the head was observed by a number of the witnesses to be very loose upon the neck and would drop from side to side when not supported.”

Still, Zona was buried with no charges made against Shue.

And then Zona’s mother said her daughter had appeared to her and told her what really happened. Mary Heaster told her account to the county prosecuting attorney. He didn’t dismiss her, but asked for names of people who might have information. When the prosecutor spoke to Dr. Knapp and learned how the husband had prevented a full examination of the body, he pursued having Zona’s body exhumed and an autopsy performed. Her neck was found broken and her windpipe crushed – evidence of murder by strangulation.

At Trout Shue’s trial, Mary Heaster testified, “It was no dream,” according to The Greenbrier Independent. “She came back and told me that he was mad that she didn’t have no meat cooked for supper … but the second night she told me that her neck was squeezed off at the first joint and it was just as she told me.” 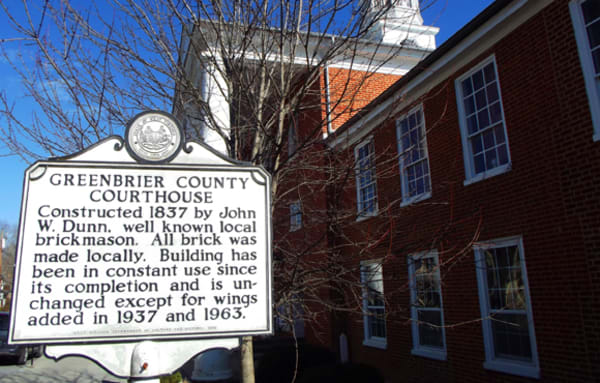 “ This brick courthouse, in continuous use since its construction in 1837, is the very building in which the Greenbrier Ghost trial took place. ”

It took the jury only an hour to return a verdict of murder in the first degree, recommending Shue be confined to the state penitentiary for the rest of his life. “Though the evidence was entirely circumstantial, the verdict meets general approval,” the newspaper reported. 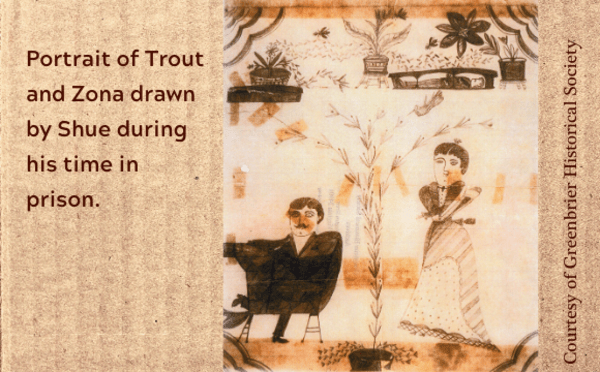 Shue died in the third year of his sentence from the flu epidemic of 1900. No one from his family came to claim his body.

The motive remains in question. Shue had a reputation for having a hot temper and at least one account claims he abused a previous wife, leading to the theory that the murder was an unplanned act of violence.

There are relatives of Trout Shue who say he had no motive because he didn’t kill his wife.

As for the extraordinary trial, a state highway marker succinctly sums up its significance: “Only known case in which testimony from ghost helped convict a murderer.”

Written and researched by Belinda Anderson.

Sources: The Monroe Watchman and The Greenbrier Independent, West Virginia Department of Arts, Culture and History archives; The Haunting of Zona Heaster Shue, by Nancy Richmond and Misty Murray-Walkup; The Man Who Wanted Seven Wives, by Katie Letcher Lyle; The Greenbrier Ghost and Other Strange Stories, by Dennis Deitz; the Rainelle Public Library.