A Golf Getaway at America’s Resort

For more than a century, golfers have been seeking out the Greenbrier Valley for a bucket-list golf experience. Living up to its reputation as America’s Resort, there are few places in the world that combine historic, grand luxury with championship-style golf like a stay at The Greenbrier. 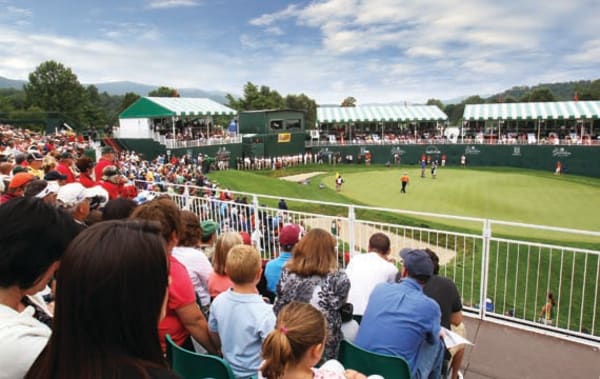 LINKS.  If golfing in the footsteps of the game’s greatest is a priority, be sure to lock in your tee time on the Old White TPC. History surrounds The Greenbrier's first 18-hole golf course which opened in 1914 and was named after the original Old White Hotel that stood on the grounds from 1858 until 1922. This course has hosted golf elites like Sam Snead, Ben Hogan, Arnold Palmer, Tom Watson, Tiger Woods and Jordan Spieth as well as a whos-who list of celebrities…Bing Crosby, Lou Gehrig, Dwight Eisenhower, Shaquille O’Neal, Larry Fitzgerald and George Lopez.

It’s also the oldest course on the PGA TOUR. Fully renovated in 2016, it hosts A Military Tribute at The Greenbrier each September, continuing to bring championship play to this legendary course. If you have never experienced a course in tournament condition, consider the Sunday’s PINs Golf Package which overlaps the final rounds of the TOUR.

Surrounded by scenic mountain vistas, The Greenbrier Course is another timeless­­­­­­­ classic. Currently open as a 9-hole routing, it was redesigned by Jack Nicklaus in preparation for the 1979 Ryder Cup. In addition to hosting this international, team event, the course also held the 1994 Solheim Cup. Well-bunkered with terraced greens, the course requires accurate iron play and talent reading greens. 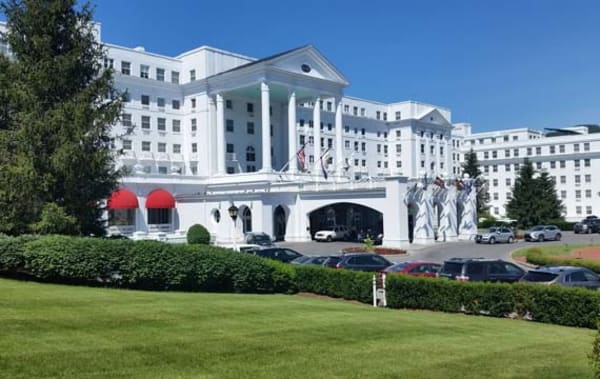 “ Whether staying for business or pleasure, golf continues to be a favorite activity at the resort. ”

Taking its rightful place among the other championship designs at The Greenbrier, you’ll appreciate the unique character of The Meadows Course. It originally opened in 1911 but has undergone many modifications, most recently in 2016. Completely restored and upgraded with stacked sod bunkers, a round on this 18-hole course is a true test of skill and precision.

If time is short or your party includes young or older family members, tee up on The Ashford Short Course. A walking course, it’s a tighter, faster 9-hole, duplicating recreations of some of the more famous par 3 holes from around the world. 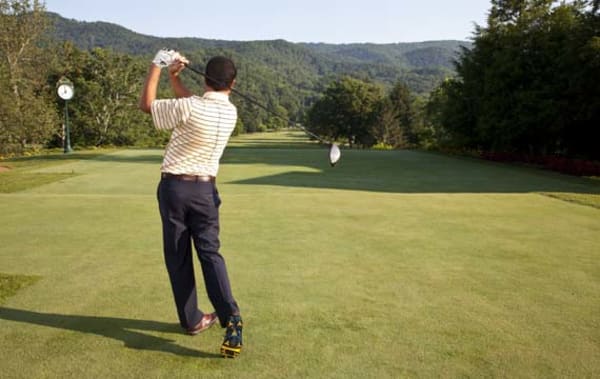 INSTRUCTION.  Not only is The Greenbrier an epic destination for testing your golf game, but its Golf Academy also offers clinics focused on personal attention and everyone's ultimate goal...shooting lower scores! The private facility is equipped with a 60,000-square-foot practice tee as well as chipping and putting practice greens. It’s led by one of West Virginia’s top instructors, Billy Winters, with the support of a dedicated staff of golf professionals. So whether it’s finding distance with your driver or perfecting the short putt, you can expect expert coaching and a renewed sense of the game.

ACCOMMODATIONS.  The added bonus of golf at The Greenbrier is a night’s stay at the resort. The Greenbrier’s 710 guest rooms, suites, cottages and estate homes are the epitome of luxury accommodations. If it’s the family, a stay in the hotel, built in 1913, makes it easy to access all the kid-friendly amenities. For a larger golfing group, an estate home or one of the resort’s historic cottages provides options for entertaining and socializing.

DINING.  With a world-renowned culinary program, your golf group won’t want to miss dining at America’s Resort, either. Watch the sunset over The Old White TPC at Sam Snead’s at The Golf Club, decorated with memorabilia from one of the game’s biggest legends. 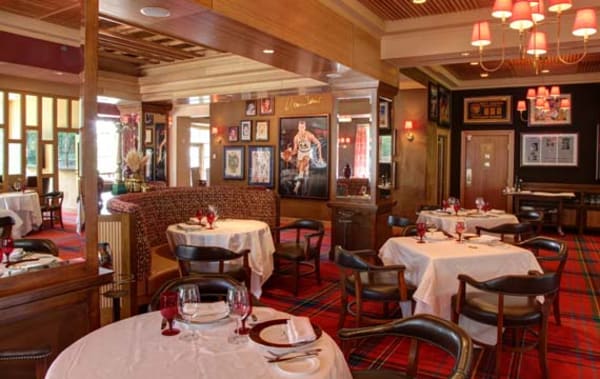 Order steak done to perfection at Prime 44 West, named for West Virginia native and NBA legend, Jerry West. Or make reservations at the Main Dining Room, which has been serving breakfast and dinner in grand style for more than 100 years.

Packages that include golf and accommodations are available for groups of eight or more starting at $289 per person, or check out the unlimited golf package to get right to the point…golf and more golf. No matter the time of year, your skill level or the package you choose, a golf trip to The Greenbrier will be one you will long remember.

Written by Cam Huffman, The Greenbrier